The other day, while supporting a fellow author’s book signing, I was struck by the muse of inspiration when I visited a place that I did not think would carry inspiration at all. It was this sudden change of perspective that made me remember that sometimes in life, we can get so caught up in looking at that which glimmers like gold and thinking that it is the end-all of life. However, as I stepped into a very historic building in a very quaint and quiet town, I found my thoughts whirling about with dizzying speed. Ideas of scenes for books, and even new book ideas entirely, started unfolding in my mind. So with that said, this is the retelling of my visit to the Buchanan-Haralson Public Library. Or — as it might be refereed to in a future novel: The Castle Library. 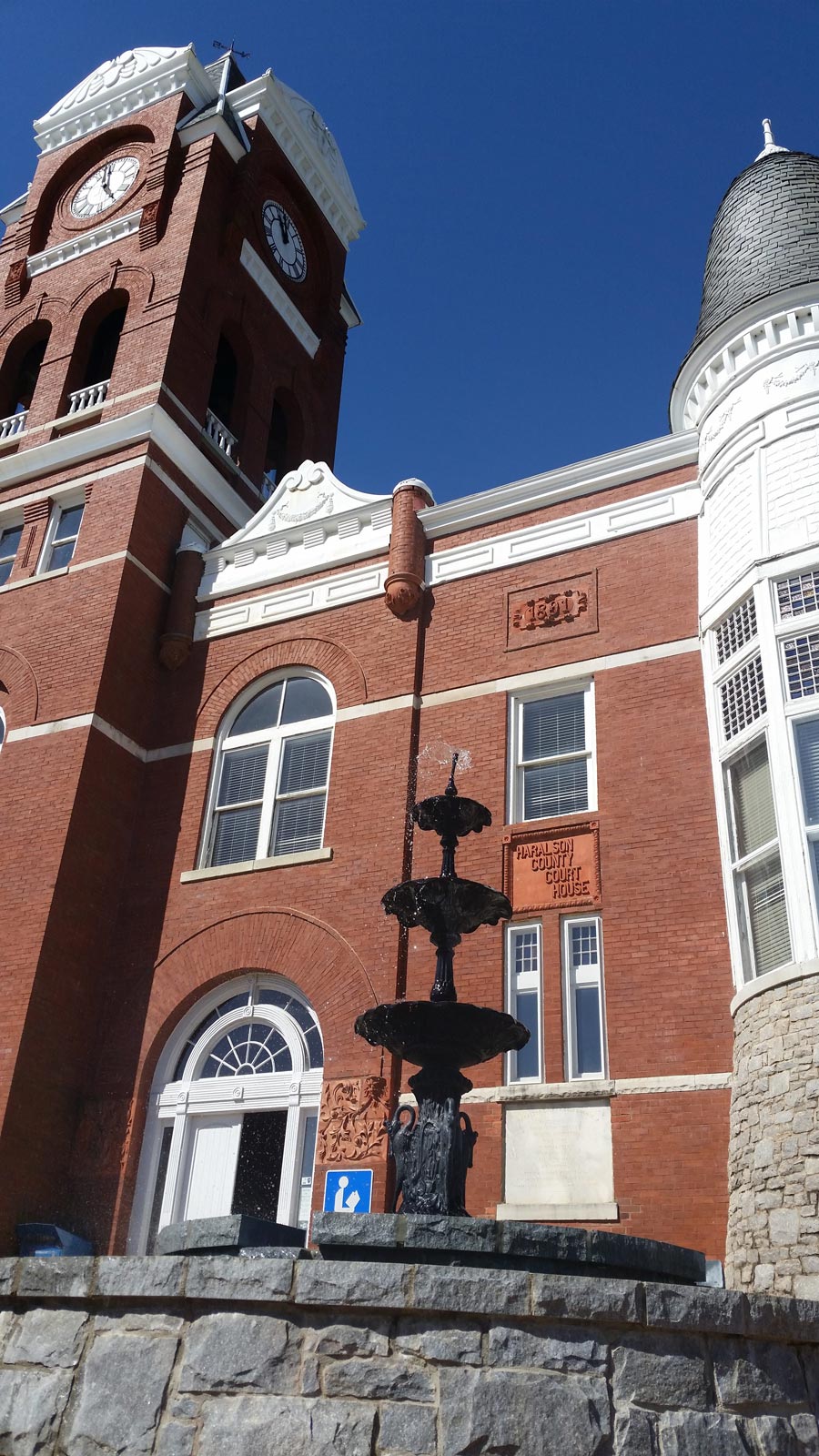 Author and poet, Christine Bowen was on a book tour for her latest children’s book, “My Lamb Finds His Song”, which — by the way — is the first book in what promises to be an incredible series. (I should know, because I had the joy of reading the other two books in the series that are still in the works). This one particular stop of the tour took us to a small town in Georgia called Buchanan. It is not a large town by any stretch of the imagination. It’s the kind of town where if you were to sneeze while driving through, you would probably miss most of it. The town does not contain a mall, a movie theater, a concert hall, nor even a fast food restaurant that I could see. However, it does contain a public library that is placed in the center of town and seems to be more than just a source of books for its community. As we drove up on that Saturday afternoon, the clock tower of the library stood tall against a veil of cloudless blue sky as if to say with a boast-less pride, “I am known in this town. I am this town.”

Upon entering the library and meeting with the incredible staff, we were given the grand tour. The main floor housed numerous shelves of wonderful books, computers for connecting to the Internet, and an old-fashioned vault. A vault? That’s right. Equipped with the original cast iron / steel doors, the two “vaults”, which were originally used as fireproof Records Rooms, hold both books of all kinds and now genealogy records of the town’s history. From there, we crossed the wooden floors and ascended up the stairs and into the historic courthouse for the city of Buchanan. It was incredible to see the way that the city had kept the originality of the old courtroom, from the judge’s desk to the 12 wooden jury chairs that were set — not on the side of the courtroom like you might see on TV — but directly in front of the judge’s bench and witness stand. There was a cast iron pot belly stove that had been used for heating purposes during the cold months, prior to the luxuries of modern heating and air conditioning systems. On the far back wall of the courtroom hung quilts of old; tapestries of the town’s rich history and authenticity.

One of the coolest stories, which I guarantee will end up in a Daniel T. Adams novel somewhere down the line, was centered around the stain glass windows that line the outside windows of the courtroom. Because I love the story so much, I would rather save the details of it, so as to make it more of a surprise when it actually does appear in one of my books. So all I will say is this: Stay tuned for “To Dance in the Purple“. 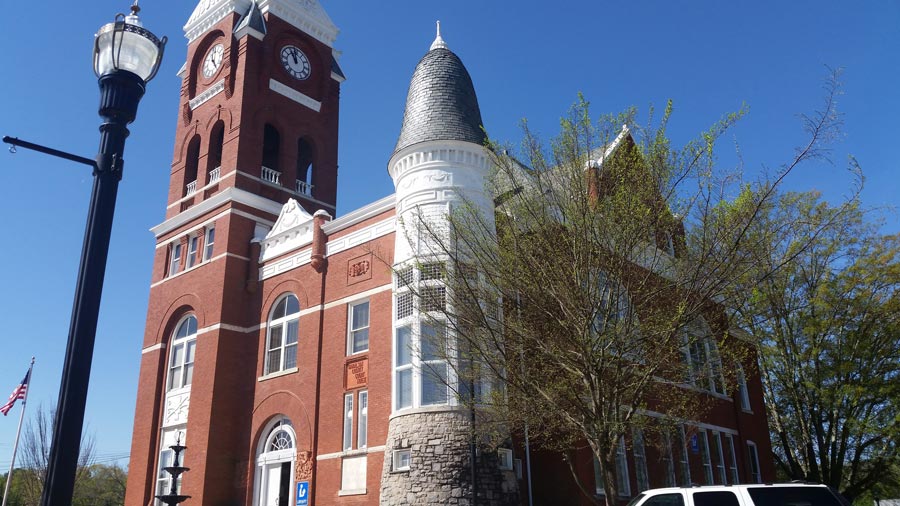 So…why do I spend time writing about an historic courthouse turned library? To illustrate the point that inspiration and beauty are all around us. Unfortunately, there are many days that we can all be so focused on the problems, fear and turmoils of the world around us that we tend to muss out on the beauty that God has blooming everywhere. Do we see the awesomeness in a flower? In the sunrise? In a child’s laughter? Or do we instead see allergies? A tiring to repeat the same steps as the day previous? Or adolescent behavior? How will you choose to see the world around you? Sure, there is indeed problems that we face everyday. And problems are problems. But can we choose to look beyond the issues and see the solutions that await our attention. There is love to be found. Forgiveness. Freedom. There is a story of justice and liberty wrapped within the halls of a library. Facts through fiction.